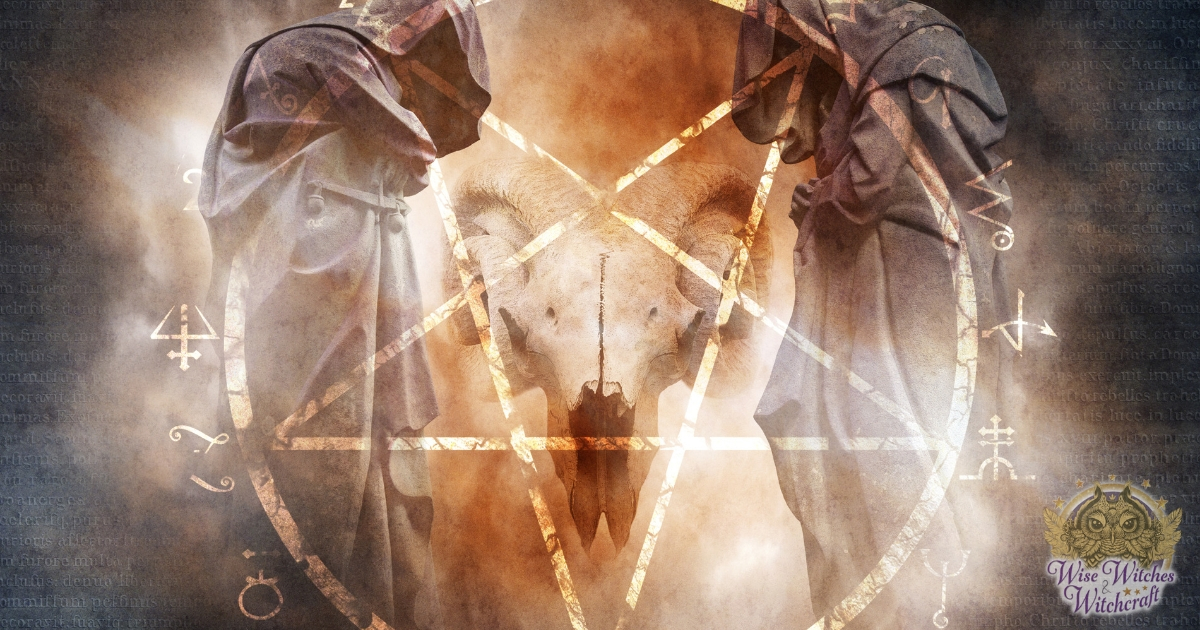 Satanism can refer to a number of belief systems, from the worship of the Christian Devil, to occult/ritual magic and the “Left Hand Path” or the modern Satanism belief system of Anton LaVey. It is often associated in the public mind with demonology (the systematic study of, or belief in, demons and other malevolent beings), with black magic (a form of sorcery that draws on malevolent powers, or used for dark purposes or malevolent acts that deliberately cause harm in some way) and with the Black Mass (a parody of the religious service of the Catholic Church, with its ritual profanation of the Host and lurid sexual practices, sometimes used in the past as a symbolic opposition of the Christian, but not used in the current day by Satanists).

Theistic Satanism (or Traditional Satanism) is the belief that Satan is an actual deity or force worthy of reverence or worship. Theistic Satanists may consider their forebears to include figures such as La Voisin and Eliphas Lévi. Some view Satan as a human-like entity, some accept the ancient Roman image of Lucifer, and some imagine him as the image of the Greek god Pan. Some groups, sometimes disparagingly referred to as “Reverse Christians”, base their figure of Satan on descriptions in the Christian Bible, while others do not accept the Bible as depicting the true Satan to the same degree.

Luciferianism is a recently developed offshoot of Satanism that venerates the essential characteristics of the figure of Lucifer, who is not always considered identical to Satan. Luciferians keep most of the tenets of Satanism, yet are more lenient towards what is commonly referred to as a “good” morality, arguing that Lucifer is a more positive ideal than Satan. They are generally inspired by the ancient myths of Egypt, Rome and Greece, Gnosticism and traditional Western occultism. A pantheistic 13th Century German sect of Luciferians held that Lucifer should be worshiped as the ruler of the material world, based on the concept of the material world as Lucifer’s domain taken from Catholic doctrine. The Church of Lucifer is a modern Luciferian organization, established in the United States with an international membership, which views Lucifer as a symbol of the never-ending quest for wisdom and a force of and behind particular aspects of nature. Other Luciferian groups include The Order of Phosphorus, the Ordo Luciferi (or Luciferian Order), and the Children of the Black Rose (who view Lucifer as a supreme being encompassing all, or “everything and nothing”).

LaVeyan Satanism is a modern Satanist religion founded by the American Anton LaVey. Its teachings are based on magic and occultism, drawing heavily from Aleister Crowley, as well as philosophical ideas such as individualism, self-indulgence and “eye for an eye” morality, and teachings from Friedrich Nietzsche and Ayn Rand. It is a “Left-Hand Path” religion, rejecting traditional “Right-Hand Path” religions such as Christianity for their perceived denial of life and emphasis on guilt and abstinence. It is technically a type of atheism or agnosticism, in that it does not literally worship Satan, but rather uses Satan as a symbol or metaphor for the natural inner desires and urges of mankind, describing him as a motivating and balancing dark force in nature.

LaVey established Satanism’s first and largest religious organization, the Church of Satan, in 1966, and codified Satanic beliefs and practices in the “Satanic Bible” in 1969. His flamboyant personality (and his use of nude women as altars and performances of Satanic wedding and funeral services) attracted many followers and admirers as well as many enemies. He rejected the legitimacy of any other organizations of Satanists, dubbing them “reverse-Christians” and “pseudo-Satanists”. His daughter, Karla LaVey founded the First Satanic Church in 1999, arguing that, after her father’s death, the Church of Satan had moved away from her father’s original modus operandi, and shifted towards a commercial money-making machine.

The Temple of Set, another off-shoot of the Church of Satan established by Michael Aquino in 1975, is an initiatory occult society claiming to be the world’s leading Left-Hand Path religious organization. It professes magical practices and Setian philosophy, which has been summed up as “enlightened individualism” and the enhancement and improvement of oneself by personal education, experiment, and initiation.

Satanism and devil worship has been well-represented in modern popular culture, especially in film (e.g. “Rosemary’s Baby”, “The Exorcist”, “The Omen”, etc) and literature (e.g the popular novels of Dennis Wheatley). Heavy metal (and more specifically black metal and death metal) and goth music are often associated with Satanism, often with little justification, although many performers over the years (such as Black Sabbath, Alice Cooper, Marilyn Manson, etc) have exploited the connection for sensationalist self-publicity. The “Satanic hand-sign” (forefinger and little finger extended) has become a staple at heavy metal concerts.

Spiritualism is a term commonly used for various psychic or paranormal practices and beliefs recorded throughout humanity’s history and...