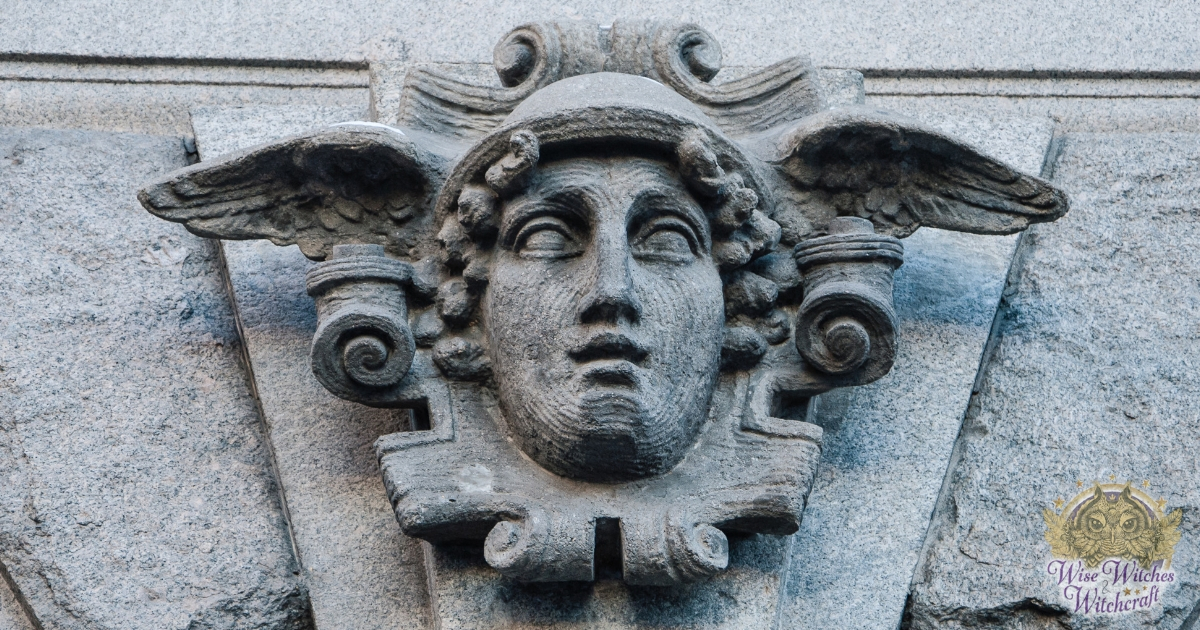 Hermeticism (or Hermetism) is a set of philosophical and religious beliefs which emerged in Late Antiquity (probably from the 2nd and 3rd Centuries), based primarily on writings attributed to Hermes Trismegistus, who is sometimes considered a wise sage and Egyptian priest, and sometimes as a syncretism of the Greek god Hermes and the Egyptian god Thoth. Its beliefs have greatly influenced Western magic traditions and occult movements, especially during the Renaissance.

Not all Hermeticists take a religious approach, and some consider it to be a philosophical system only, but in general Hermetic religion believes in a supreme Deity or Principle, referred to variously as “God”, “The All” or “The One”, of which we and the entire universe are all a part. It also subscribes to the notion that other supernatural beings (such as gods and angels, ascended masters and elementals) exist in the Universe. Some Hermeticists align their beliefs and mystical ideas with other religions (Christianity, Buddhism, Judaism, mainstream Paganism or Islam). Many hold that all great religions have equivalent mystical truths at their core, and that all religions share an understanding of esoteric tenets with Hermeticism.

Hermes Trismegistus has been credited with forty two books (plus many more falsely attributed to him). However, most of these books are reported to have been destroyed when the Great Library of Alexandria was razed. The three major works which form the basis for Hermetic beliefs are the “Corpus Hermeticum” (a body of sixteen books, mainly set up as dialogues between Hermes and a series of others, including a direct discussion between Hermes and God in which the secrets of the Universe are imparted to him), “The Emerald Tablet of Hermes Trismegistus” (a short work referencing the three parts of the wisdom of the whole universe, and including the famous occult maxim “as above, so below”) and the “Kybalion” (published anonymously in 1912 by the “Three Initiates”, which explains many of the Hermetic principles).

The three parts of wisdom divulged by God to Hermes (hence his name, Trismegistus, which means “Thrice Great”) were Alchemy, Astrology and Theurgy. Alchemy, or the Operation of the Sun, means something broader than simply the changing of physical lead into physical gold, and involves the quickening of Nature’s processes in order to bring a natural body to perfection. Astrology, or the Operation of the Moon, refers to knowledge and wisdom about the ways in which the movements of the planets influence life on the Earth (even if they do not actually dictate our actions, they have meaning and metaphorical value beyond the laws of physics). Theurgy, or the Operation of the Stars, refers to divine magic reliant upon an alliance with divine spirits such as angels, archangels and gods (as opposed to Goetia, which is black magic reliant upon an alliance with evil spirits and demons), and is the practical aspect of the Hermetic art of Alchemy. The ultimate goal of this wisdom is to become united with higher counterparts, leading to the attainment of Divine Consciousness.

Due to opposition by the established Church, Hermeticism was forced to became a part of the medieval occult underworld, intermingling with other occult movements and

practices. However, after centuries of falling out of favor, it was reintroduced to the West when the “Corpus Hermeticum” was re-published in Italy by a man named Leonardo in 1460. A few primarily Hermetic occult orders were founded in the late Middle Ages and early Renaissance, notably Rosicrucianism (a syncretic movement combining Hermeticism and Christianity, which dates back to the 15th Century) and Hermetic Qabalah (a syncretism of Hermeticism, Platonism, Neoplatonism, Aristotelianism and Jewish Kabbalah developed by Giovanni Pico della Mirandola in the 15th Century).

Hermeticism, Qabalah and Rosicrucianism all had a great influence on later Western magical traditions, and Hermetic magic underwent a 19th Century revival in Western Europe, with organizations such as the Hermetic Order of the Golden Dawn (arguably the pinnacle of ceremonial magic and the single greatest influence on 20th Century Western occultism), Aurum Solis, the Hermetic Brotherhood of Luxor, Thelema, etc. There are also strong links between contemporary Hermeticism and Wicca and Neopaganism in general, with its strong emphasis on magic and occultism.

Magic (or Magick or Sorcery) is a method of controlling the natural world (including events, objects, people and physical...